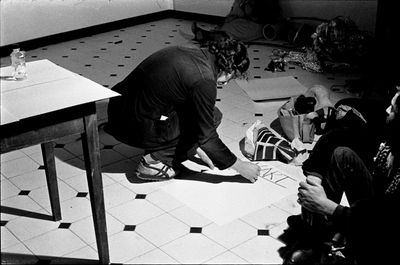 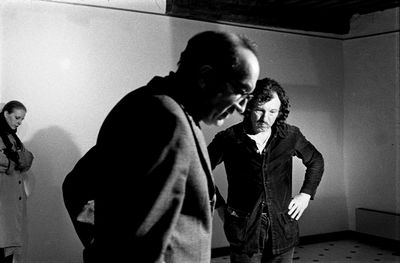 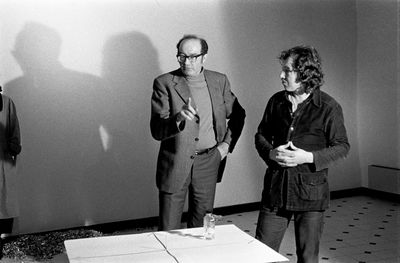 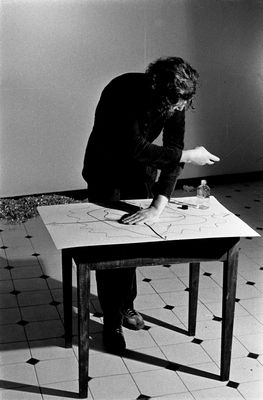 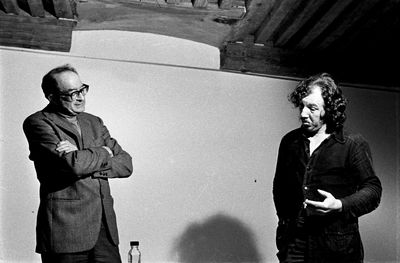 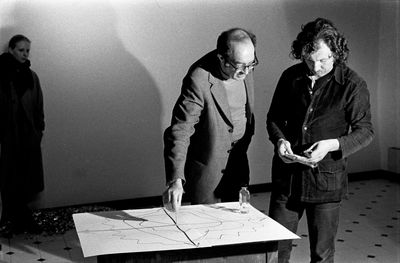 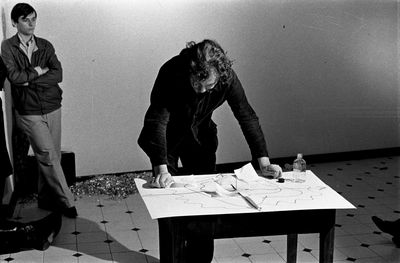 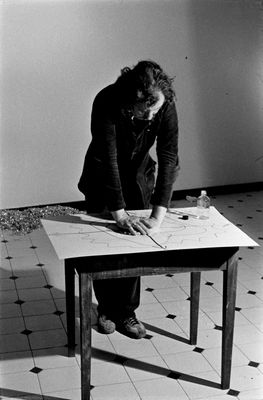 The incentive for this performance was a meeting on a plane to Lyon with Professor Stefan Morawski, who suggested being engaged in one of Warpechowski’s performances. According to the idea the philosopher had, the artist was to write 10 Commandments (art? performance?) and the philosopher was to write 10 Anti-Commandments, which were to be confronted during the symposium. When performing, Warpechowski prepared boards with the keywords: “philosophy”, “history”, “personalisation” and “socialism”, and asked Morawski, where he saw himself in the scheme. Morawski then, avoiding the answer, talked to the audience, which led the artist to put his hand on a nail sticking from the table and start reading his commandments. Sheets of paper with the text fell around and were collected by an audience member, to which the artist gave his permission.