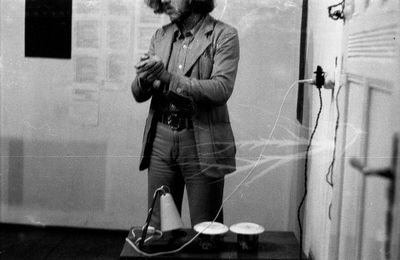 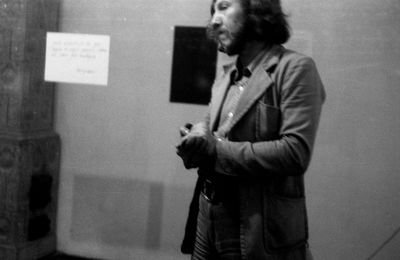 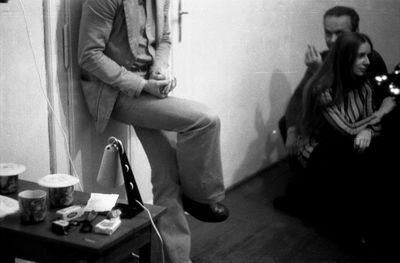 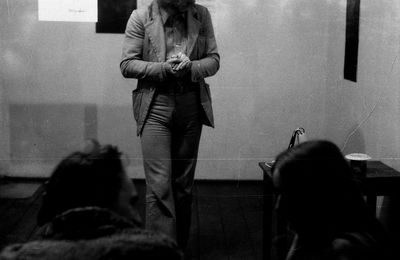 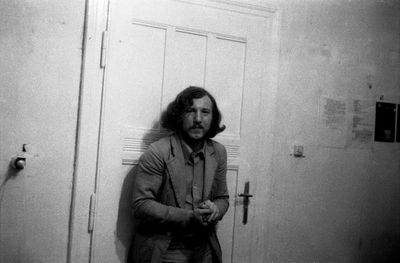 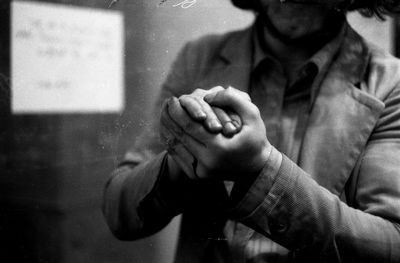 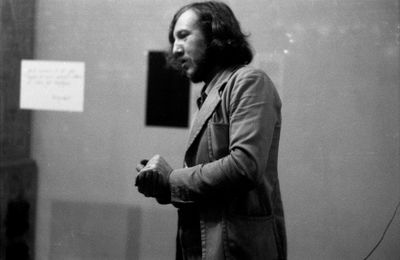 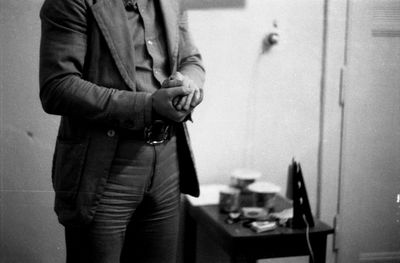 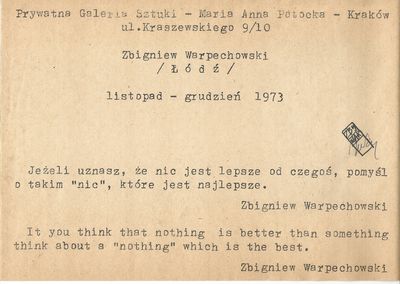 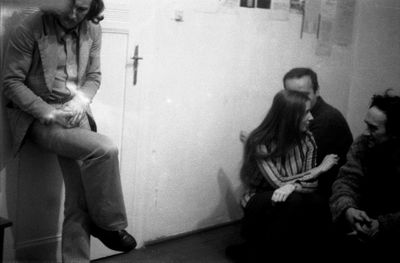 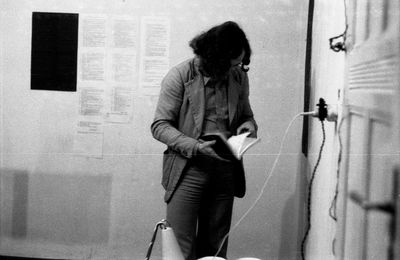 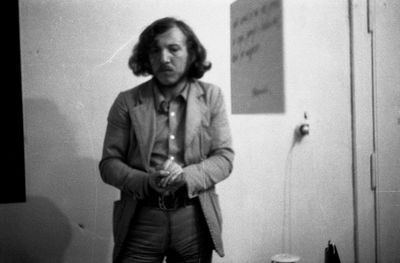 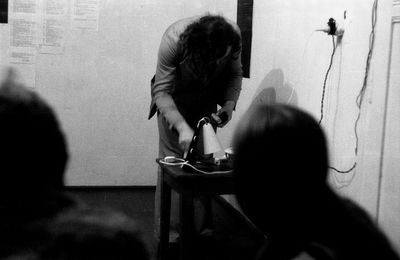 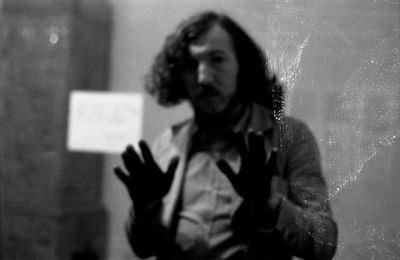 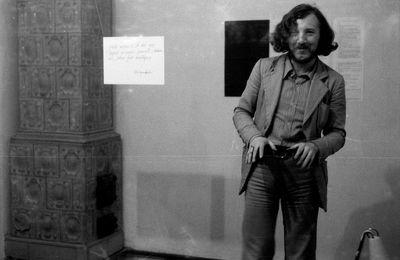 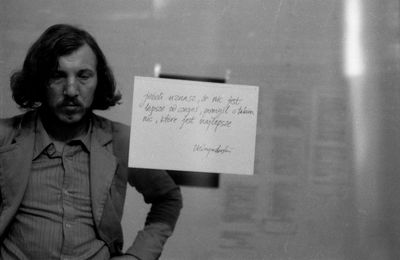 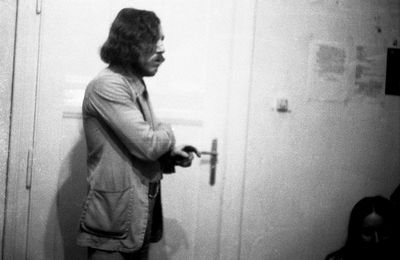 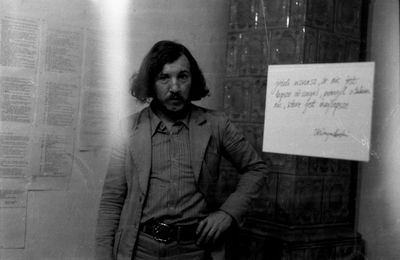 The performance took place in a dimmed room. The light was turned off for a while and the artist put his palms together tightly, as if he held a portion of the darkness there. After 10 minutes he “released” it from between his palms. Next, he repeated the sequence, this time holding a photosensitive material, namely a negative, which he subsequently developed and fixed. This part of the act was entitled “the DEMONSTRATION – to prove the presence of darkness between the palms”. For another 10 minutes the artist held fresh plaster mixture, which created an imprint of his clasping palms – in other words the FORM.
Warpechowski himself called this act “totemic”, referring to the theory of Clade'a Lévi-Strauss.

Text on the paper: If you find nothing better than something, think of the nothing which is better. Warpechowski