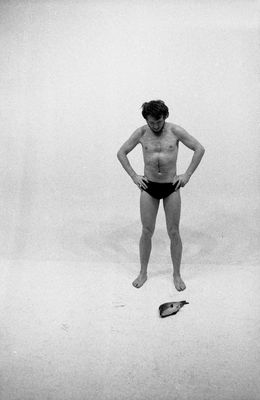 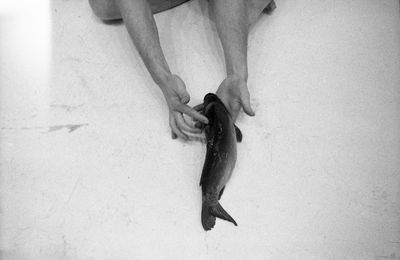 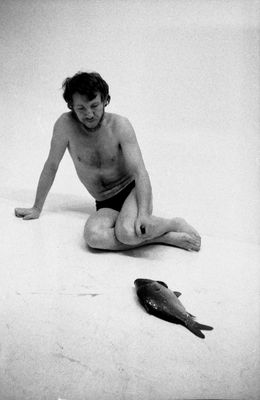 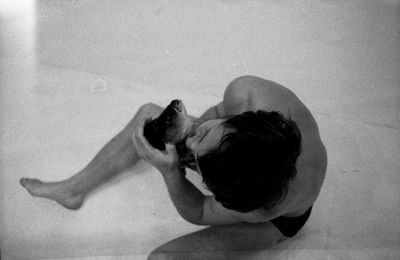 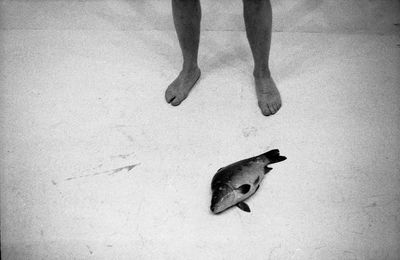 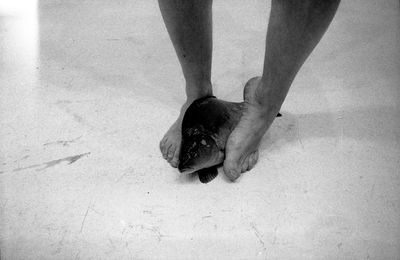 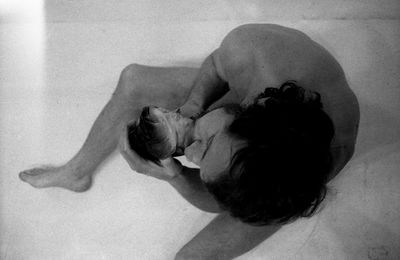 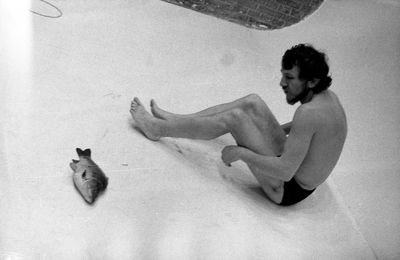 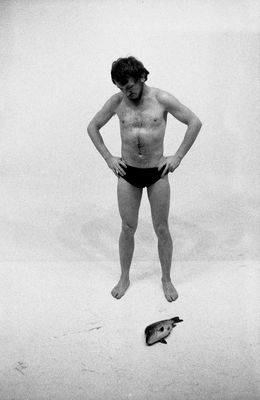 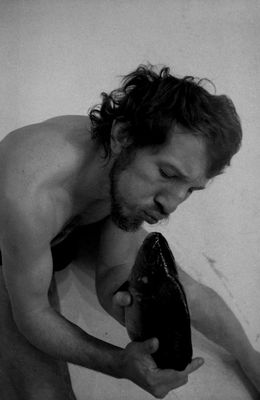 A Dialogue with a Fish

The artist, wearing nothing but underwear, held a fish in his hands and talked to it, hugging it and making other tender gestures. Hs behaviour was supposed to be a sort of acting style aimed at diverting the attention of the viewers from the suffocating animal. The artist did, however, hope for someone to react, but in the end he put the fish into the water himself. In Warpechowski’s acts fish symbolized pure, silent and innocent beings.