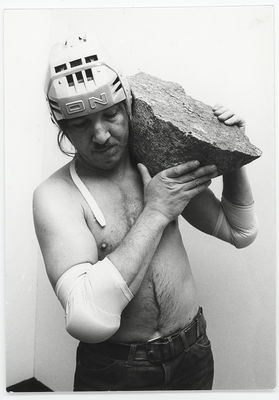 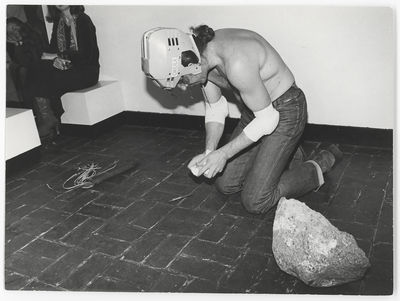 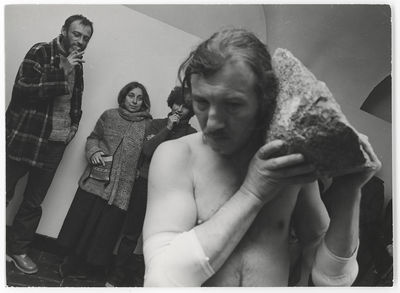 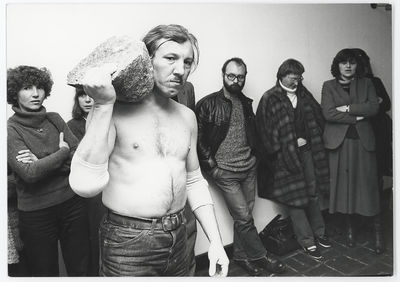 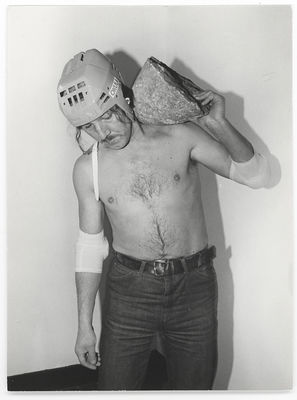 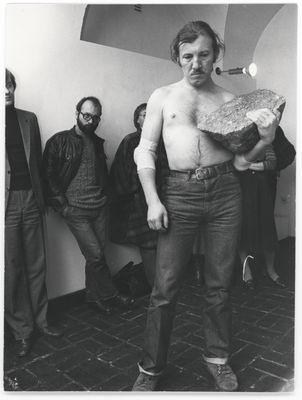 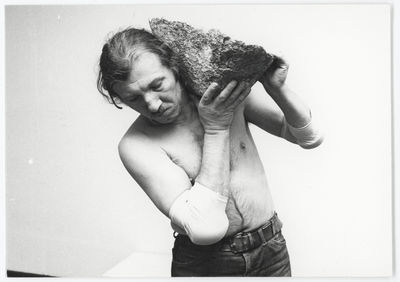 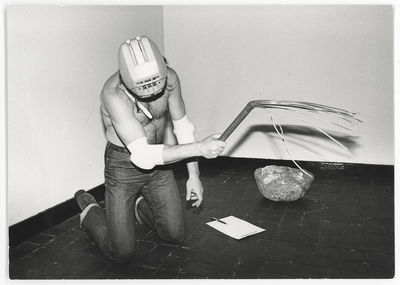 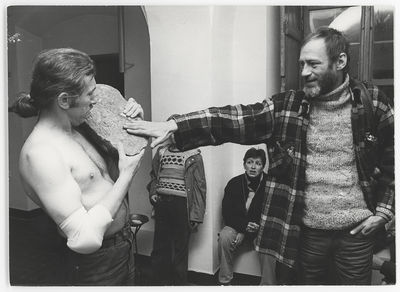 The performance was inspired by the Łódź “hunger march”. On 30 July 1981, between 20,000 and 100,000 people, mostly women with children, walked along Piotrkowska street, protesting against the economic crisis and the dwindling food supply in shops. The authorities of the Polish People’s Republic attempted to enter into negotiations with workers’ representatives.
The artist, stripped to the waist, in a hockey helmet and with elbow pads, went among the public with a big stone on his shoulder, trying to strike up conversation.
On the floor was a leather whip, a sheet of paper with the word “agreement” and a pen. Warpechowski flagellated himself, then took the stone again and repeated this sequence several times. In the end he endeavoured to swallow the sheet of paper, but not having managed to do it, he spat it out, smoothed it out and signed it.