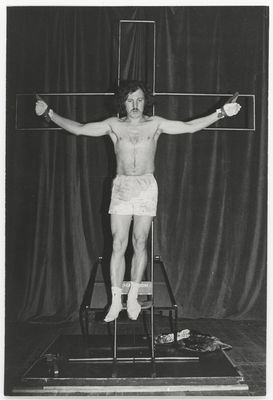 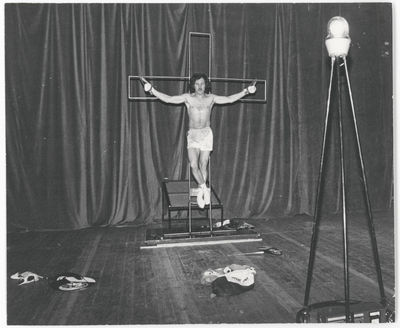 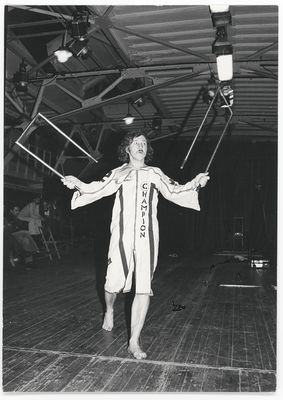 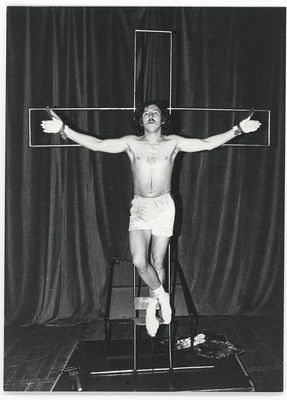 The performance was staged briefly after strikes by shipyard workers in August 1980, a short period of relative optimism and hope.
Two threads appeared in the action, firstly - to remove “Stalin’s spell”, symbolised by the Palace of Culture and Science in Warsaw, with a cross and blood. The second motif was a reference to a Polonez, a car associated with a privileged position in the society of the Polish People’s Republic.
The artist, apart from the costume and props of the “Champion” (a metal cross), had a road light, two metal axles with nails at their ends, and cardboard circles plastered with pictures of car wheels.
After assembling the cross, the performer impaled the cardboard wheels on the axles, and then, lying down, transfixed the skin of his arms and legs on the nails in the axles. In this position, he turned the wheels, imitated the whirring of a car, and sang the Polonaise in A major, composed by Chopin.
Finally, he ascended the cross and switched on the road light.