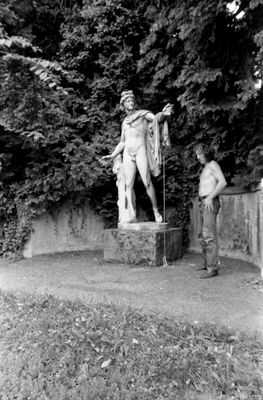 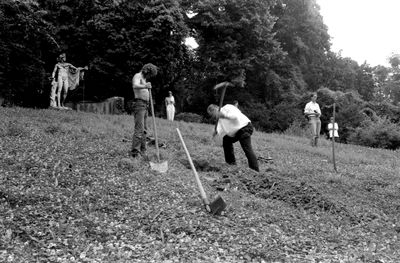 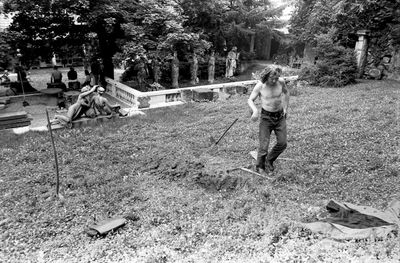 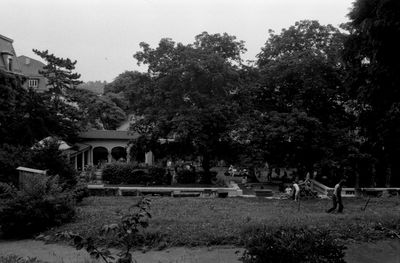 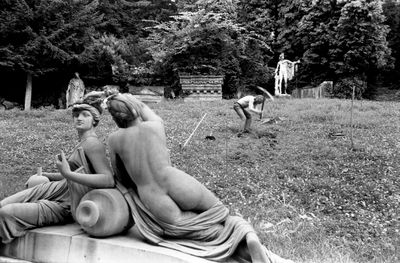 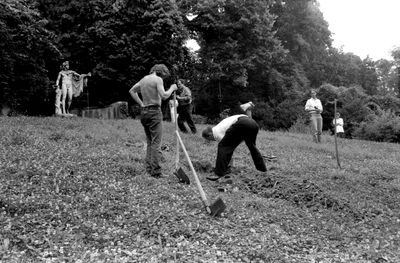 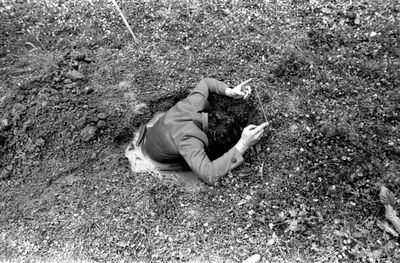 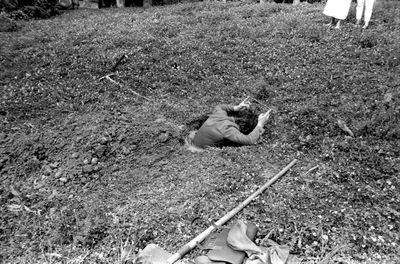 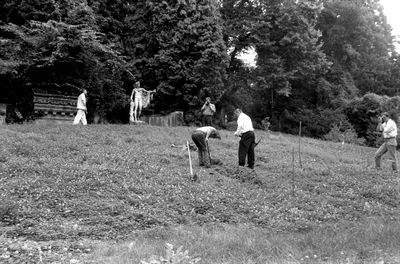 Between Apollo and the Muses

The performance took place at the Black Market International group’s invitation to the Lapidarium in Stuttgard. Warpechowski chose a place on the slope of a hill, on top of which there was a cast of the Apollo Belvedere, and two Muses down below, one of whom was depicted putting a garland on the head of her companion. The artist put a garland of flowers on the head of the Grace without one, and suspended a “vertical” of steel tubes (which he also used in other actions) on Apollo’s hand. Then he started to dig a hole of substantial dimensions, which he filled up with water, and entered, wearing his red wedding jacket. The performer held, above the water’s surface, a “horizontal”, that is a steel tube shorter than the “vertical”. After getting out of the pit, Warpechowski began to fill it in, leaving his red jacket inside.