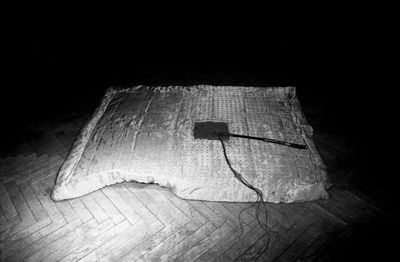 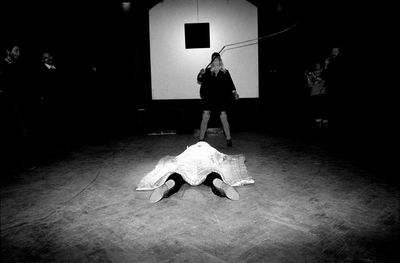 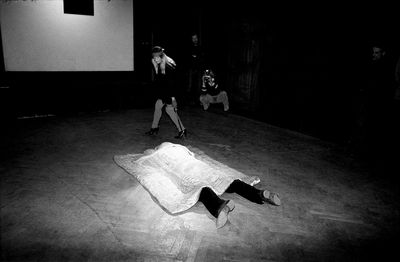 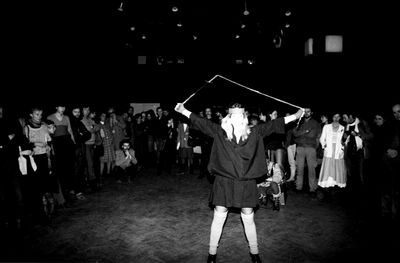 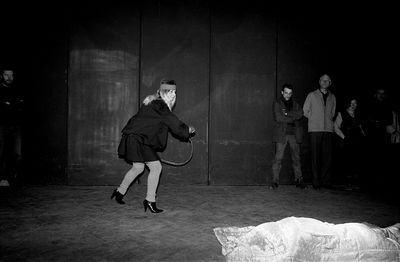 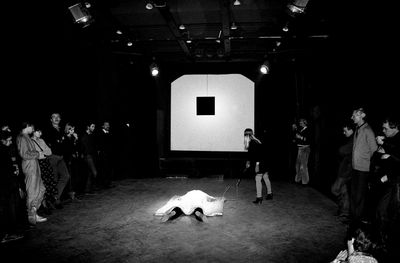 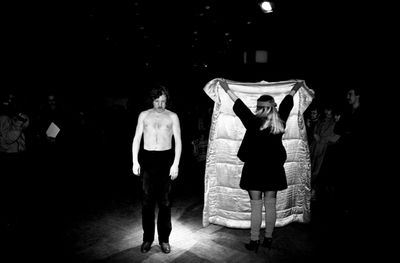 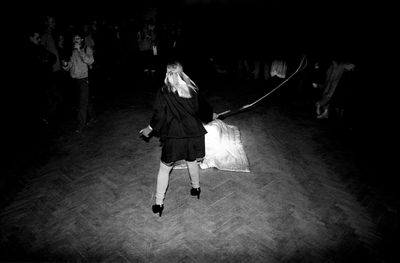 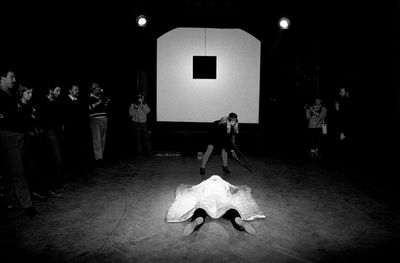 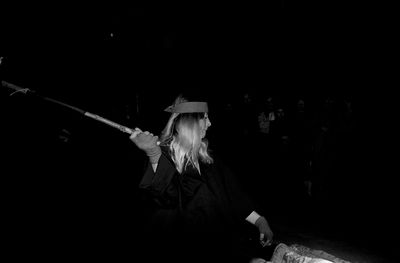 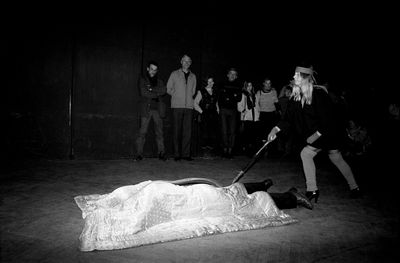 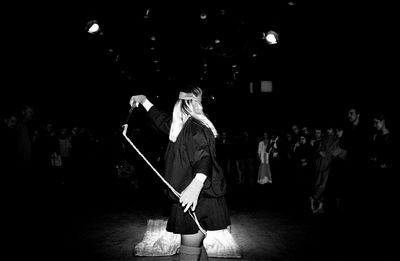 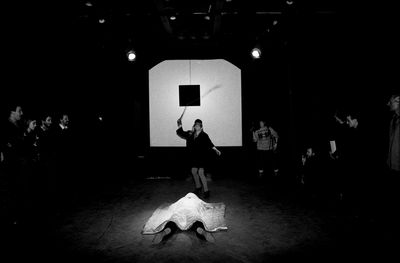 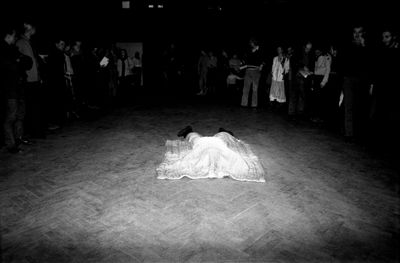 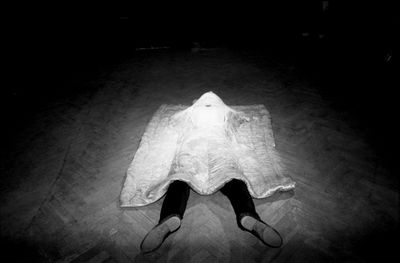 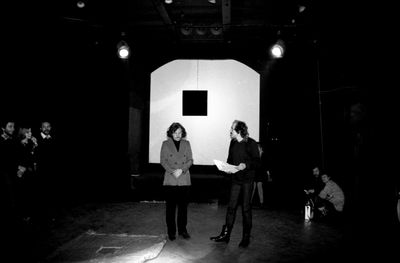 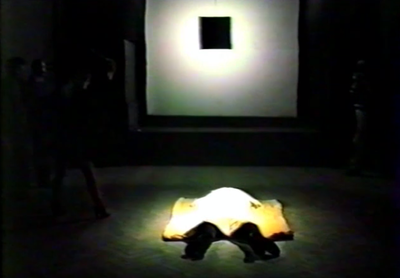 The performance was a homage to Kazimierz Malewicz and the story of his applying for citizenship of Opole in the Second Republic of Poland, which was mentioned by Janusz Zagrodzki in the book Co Robić po Kubizmie [What to Do After Cubism] (Wydawnictwo Literackie, 1984). Warpechowski did his act celebrating his Przemysław Smolik Award given by the Culture Creators Society in Łódź. Another artist, Natalia LL, was asked to join the act. In a room, against a white screen, a black square was hanged. The artist lay on the floor under a duvet with a 30x30cm hole in it. Natalia LL was hitting Warpechowski with a specially-made whip in such a fashion that a bloody red trace in the shape of a square was left on his back where there was the whole in the duvet.