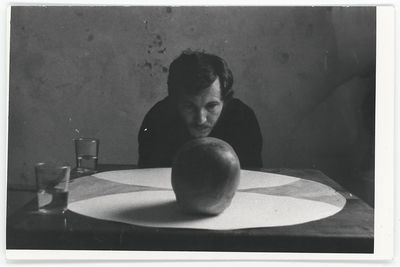 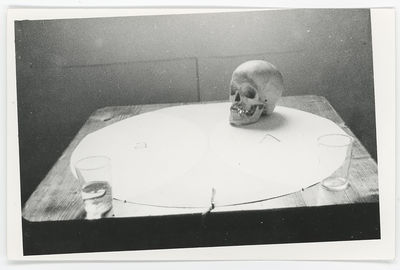 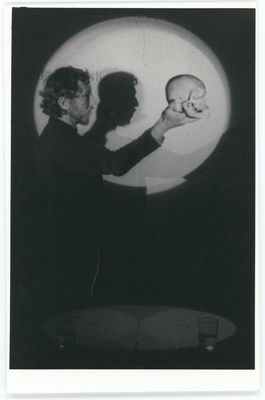 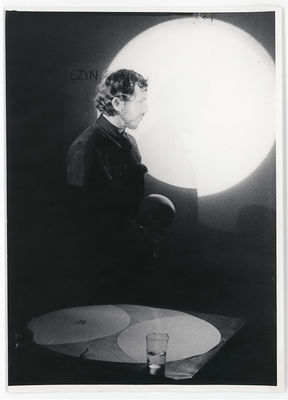 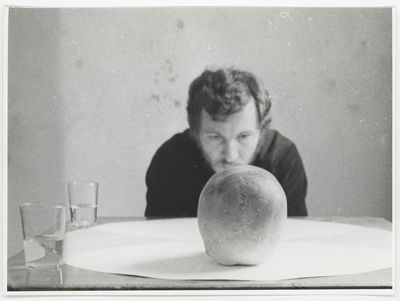 Before the performance some props were prepared: a table covered with white paper, on which the artist drew two intersecting circles marked “A” for everyday reality, “here and now”, and “B” for transcendental, post-mortem reality. On each side of the table there was a glass with water and a living fish. Two headlights standing opposite one another cast light in such a way as to show only one circle on the wall. The artist stood before it, having it as a background and holding a human skull, which he moved to make the shade cover his own profile. Later on he sat at the table, put the skull in front of himself in the “A” field and played some moaning and mumbo jumbo on a cassette player, from which, after a while, one could hear the “a” sound. In the meantime, the performer stared into the eye sockets of the skull and his own eyes were filled with tears. Then he drank the water from one of the glasses, swallowing the living fish. In front of the audience from the beginning there was a dead fish bought from a fish shop.