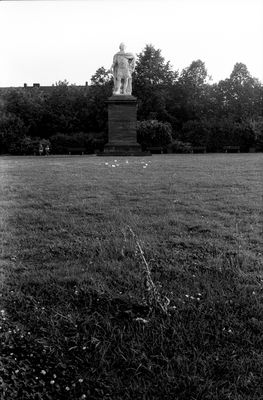 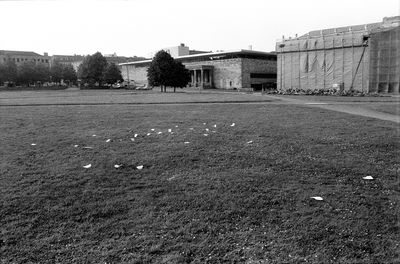 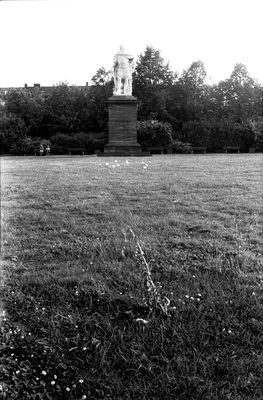 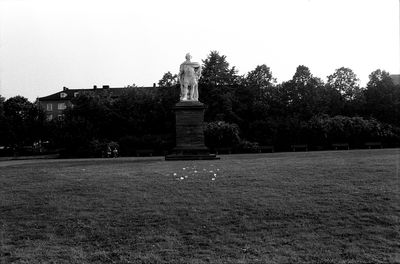 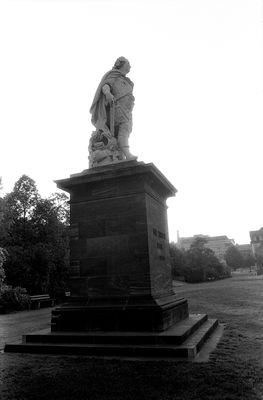 The action was carried out in the square in front of the Friederizianum, but Warpechowski mistook the monument of Frederick II, Landgrave of Hesse-Kassel, regarding it as a depiction of Frederick the Great.
Notching the lawn with a knife, he put cardboard letters in the ground, perpendicularly to the monument, so that he created the word “Machiavelli” in front of it, and “Anti-Machiavelli at the back.
Then Warpechowski placed a mirror in front of Frederick II, dug out a bush of thistle and planted it on the axis of the installation. Other cardboard scattered on the grass contained the names of famous politicians and artists.