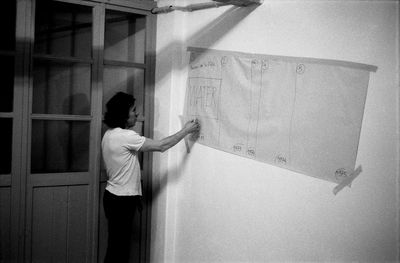 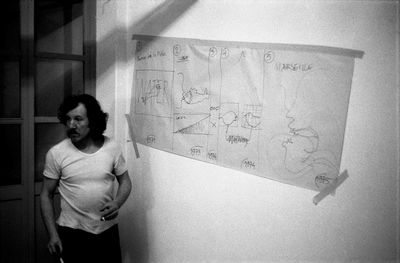 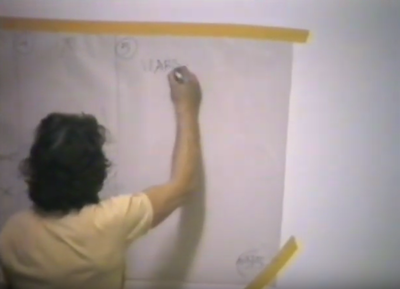 The performance was part of the "Mit Sprache und Geste” show, a three-day review of performances.
The artist started with a lecture on the history of his actions in which he had used live fish since 1971.
Then he took a living trout from an aquarium, put it on the table, and immersed his head in the water, keeping it there as long as he could endure. Next, he raised his head out of the water, placed the fish in the container, and repeated this several times.