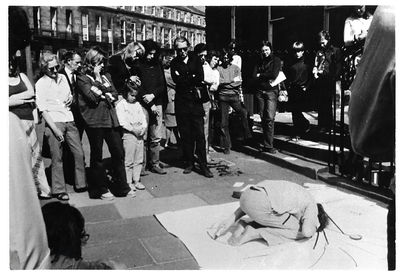 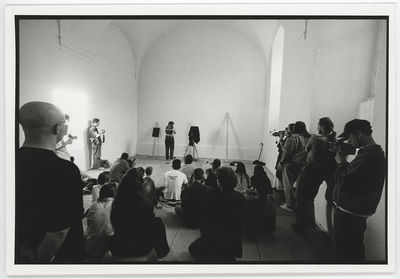 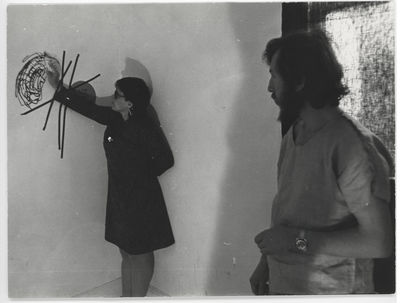 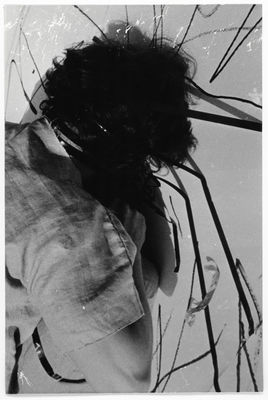 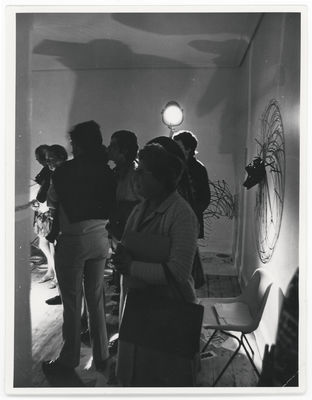 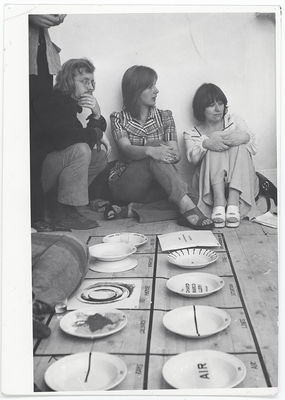 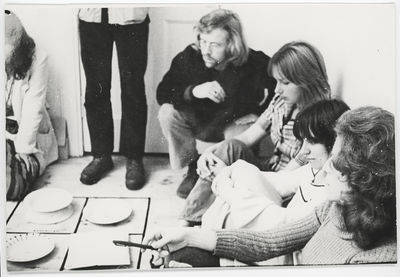 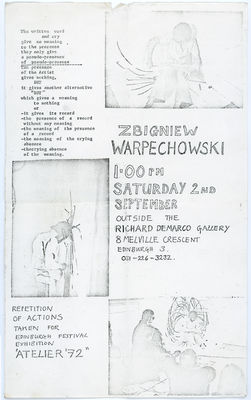 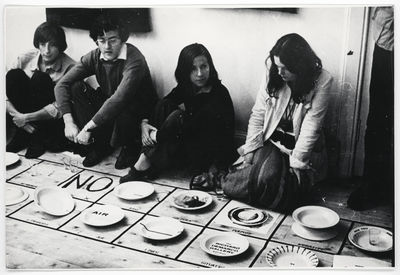 It was a series of performances ("Water", "Drawing in the corner", "Drawing in the wall", "Drawing on the pavement", "Form", "Form & Sound", "Water-Fire-Life", "Nothing", "Auction") given at the Richard Demarco Gallery and a public space over several days. Apart from Warpechowski, other Polish artists also showed their works there at the same time, among others, Tadeusz Kantor.
Part of the shows repeated Warpechowski’s previous actions or developed them, for example, “Drawing on the Wall”, in which the performer involved Marina Vaizey, a journalist from the Financial Times, fastening her hand to the wall and ordering her to draw.
This time, the thread of “NOTHING” appeared in the form of scattered sheets of paper with this word written on them.
Finally, there was the “Plate Auction”. For £0.50, you could buy one of 60 vessels carrying inscriptions chosen by the artist. The artist intended to use those which were not sold as themes of new works. One of them was a plate with the word “NOTHING”, and thus this motif appeared frequently in the later actions of Warpechowski.