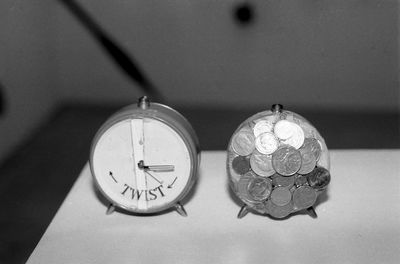 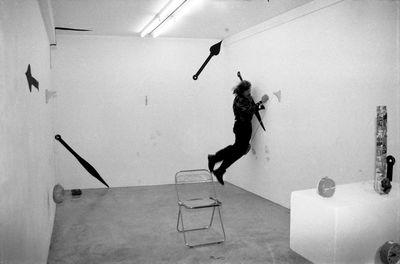 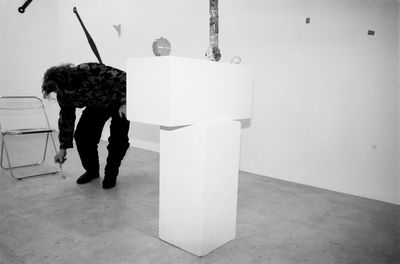 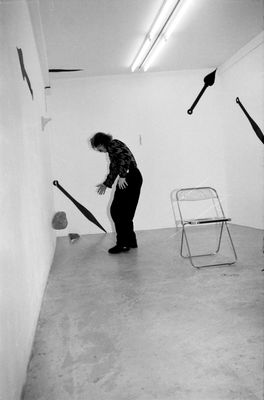 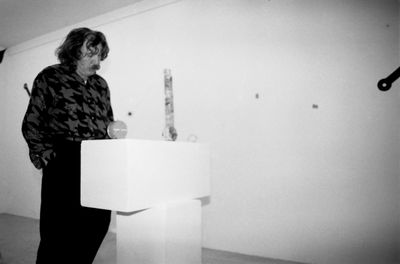 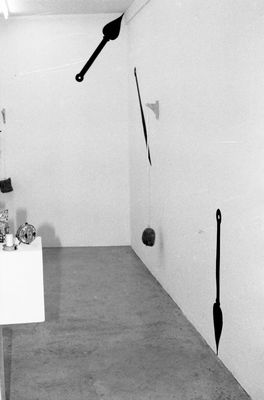 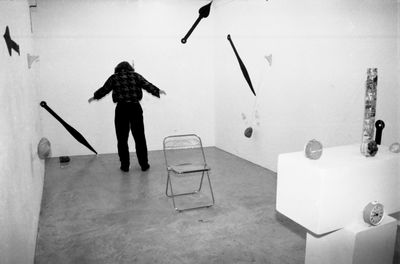 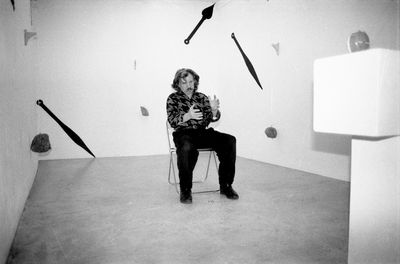 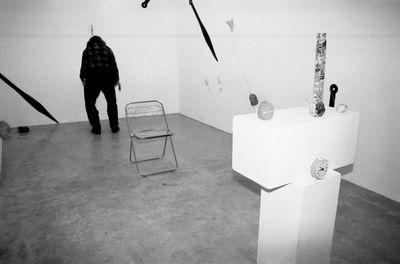 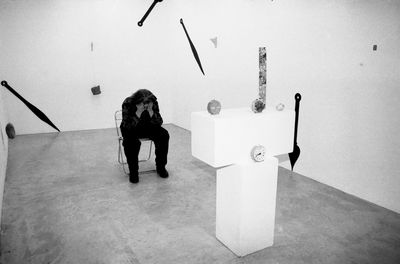 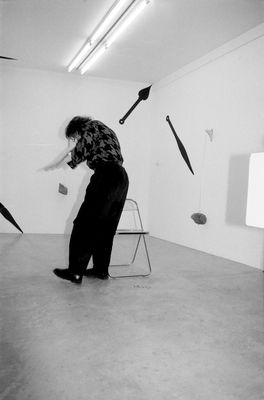 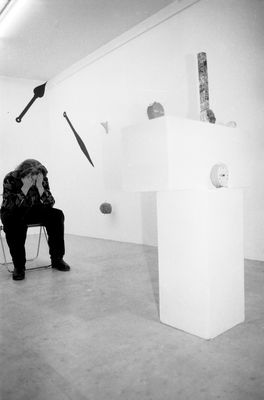 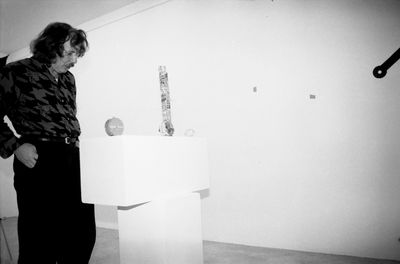 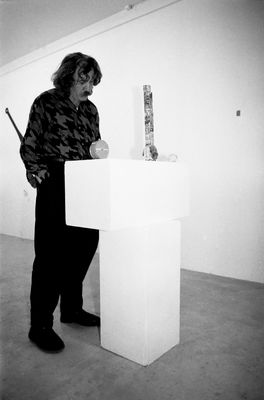 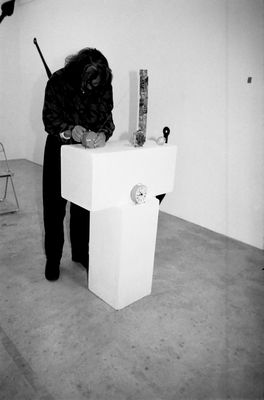 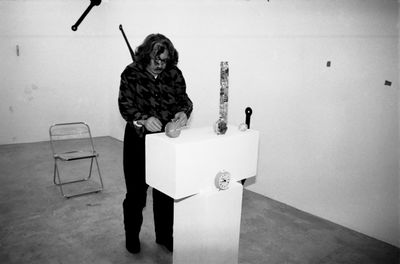 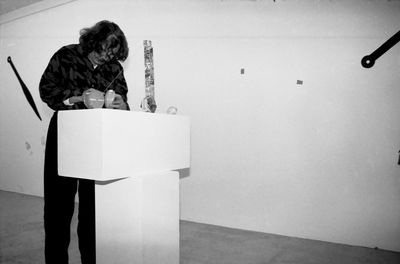 The walls of the gallery were covered with the hands of a clock cut out of black paper. Three pendulums, or actually stones on wires tied with a strand, were hung in such a manner that when pulled all three made the same movement but each on a different wall. There were also three wound up alarm clocks: one covered with notes and coins from different countries, one with the hand bent out from the dial and the former rolled up with red thread tied to a pyramid of building blocks, and one which was shattered during the act. Warpechowski played the role of a conductor, and in the end threw himself shouting with force into the walls, which resulted in a broken rib.
He described the act in the following way:
Burning out with time, contemplating time, (time as a thread), time pyramid (building blocks from your childhood and a desperate getaway from time – throwing yourself with impetus into the wall).