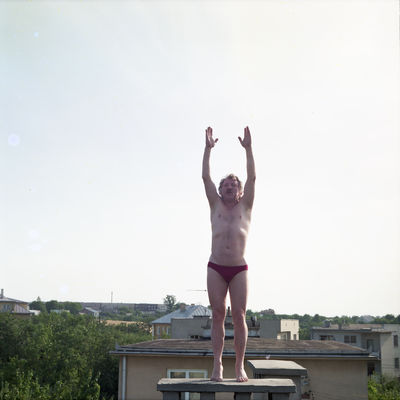 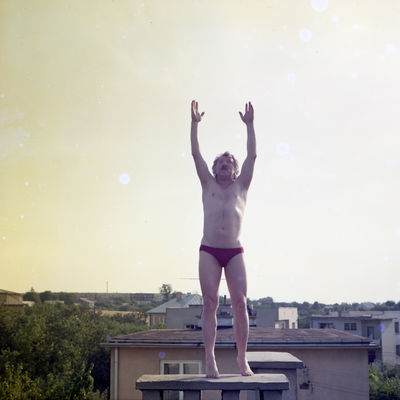 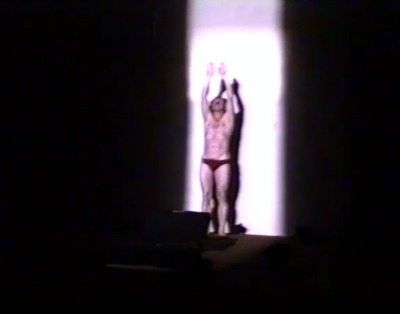 For the purposes of this performance the artist had a photo of himself taken as he jumped off the chimney of his house in Sandomierz. The point was to make it obscure whether the figure is rising or falling. The photo was printed in colour and in full size.
At the beginning of the act the photo rested rolled up in a dish filled with water and attached with strands to a roll connected to the motor of an electric drill which was mounted to the ceiling.
The performance started with stones wrapped in black cloths falling from below the ceiling. This was accompanied by a recorded sound of stones being thrown into Vistula. Following that, the artist turned on a mechanism which rolled out the photo and he posed himself as he was in the picture. Then the photo was taken away and the artist sat on a chair, taking the pose of someone thinking deeply about what had just happened.