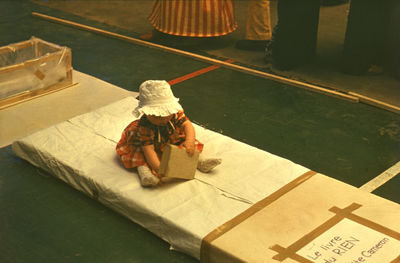 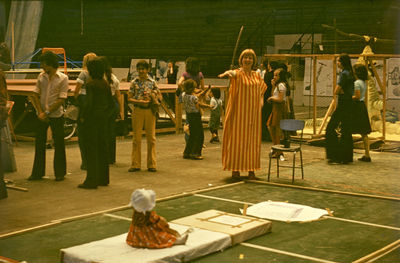 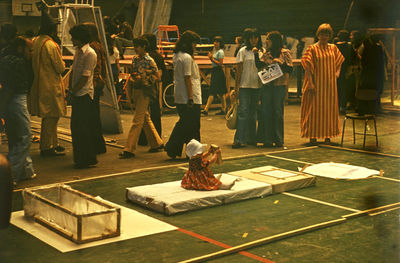 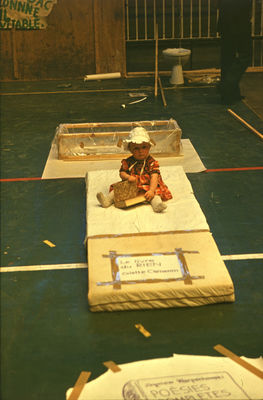 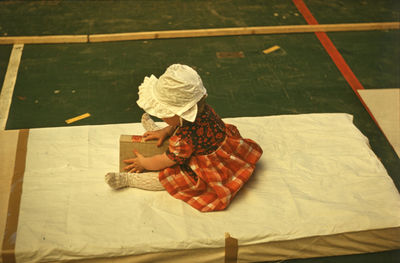 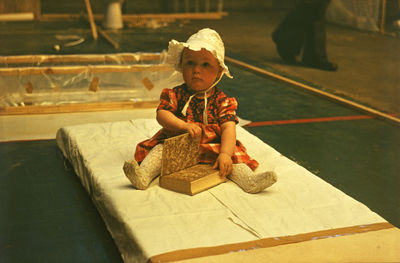 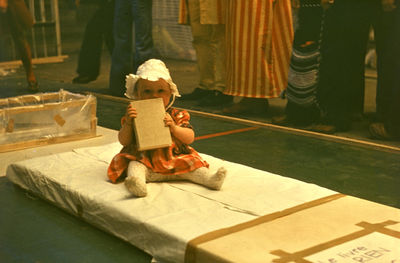 "Les Six Jours de la Peinture" was a festival organized by the French socialist party in Le Stad Valier sports hall in Marseille. Over six weeks Warpechowski performed five times, including Le Livre du Rien, in which the eleven-month-old daughter of the British artists Roland Miller and Shirley Cameron took part.
The girl was put on a mattress with a white sheet, and was given Sense and Nonsense (Fr. Sens et Nonsens, 1948), a book by the French existentialist Merleau Ponty as a toy. Behind her there was a rough version of an aquarium made out of wood and clingfilm and filled with water. On the bottom of it the artist drew a line above which two red fishes were swimming, making the whole arrangement seem like a music score or the lines of a poem.