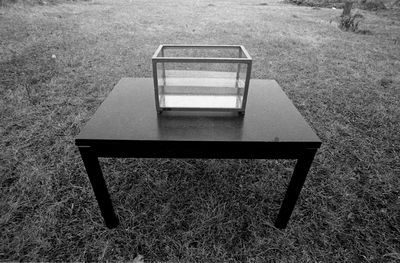 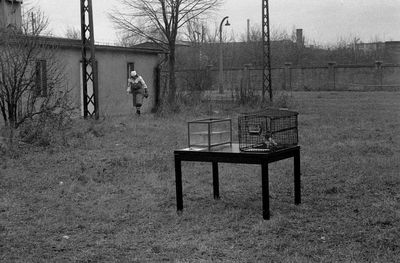 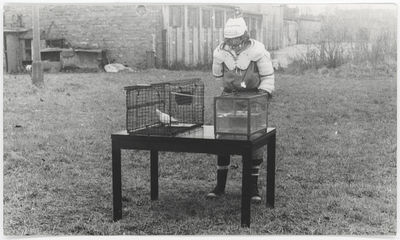 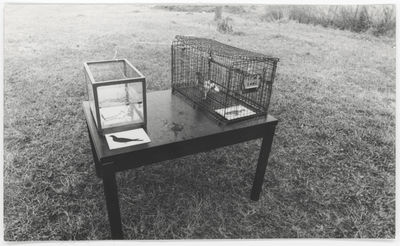 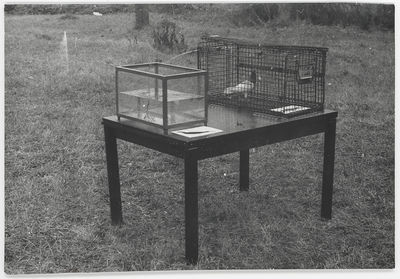 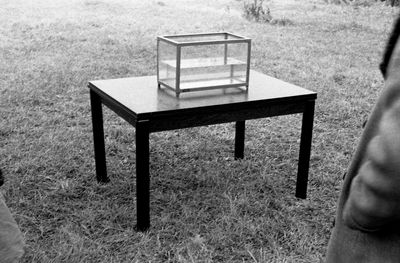 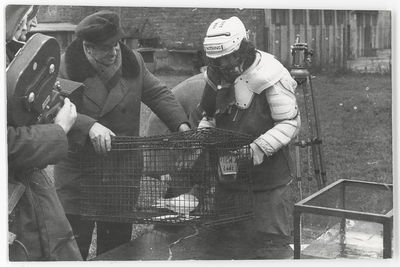 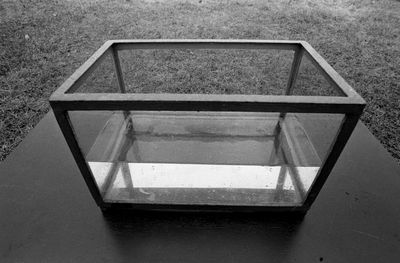 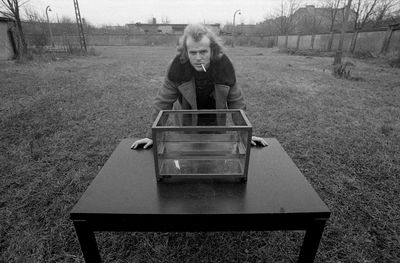 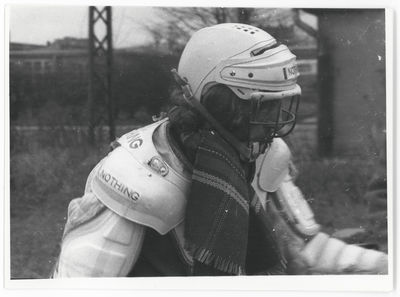 The theme of a bird in a cage tied with a band to a fish in an aquarium is revisited several times in Zbigniew Warpechowski’s performances.
The artist arranged it for the first in 1974 for Żywa Galeria [Living Gallery] by Józef Robakowski, which was filmed on the premises of the Educational Films Studio in Łódź. The band connecting the animals was formed into the word “NOTHING”. The artist, wearing the outfit of a hockey goalkeeper and the word “Nothing” written on his forehead, opened a cage with a dove, which flew carrying the fish tied to its leg.