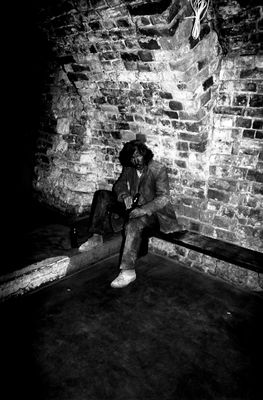 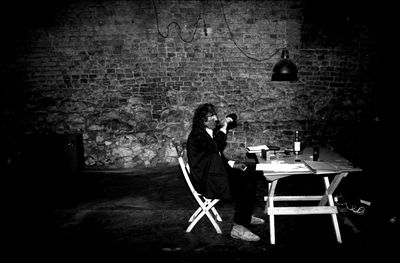 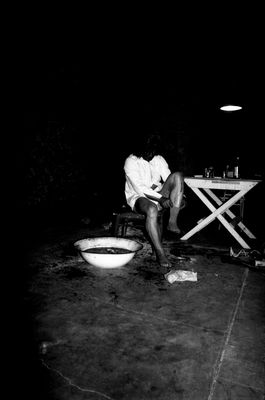 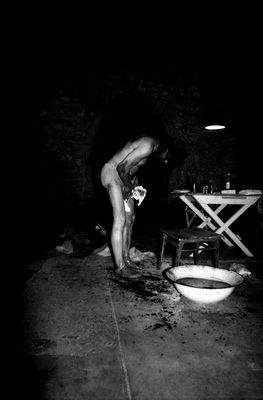 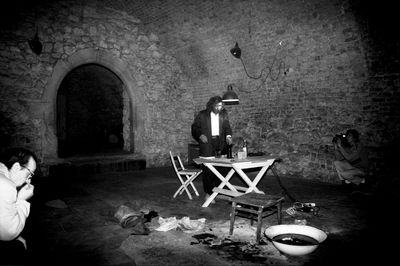 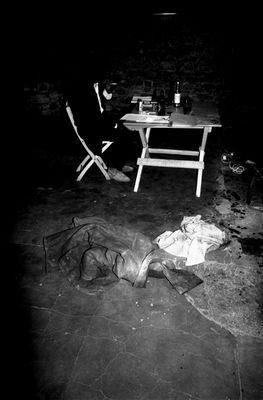 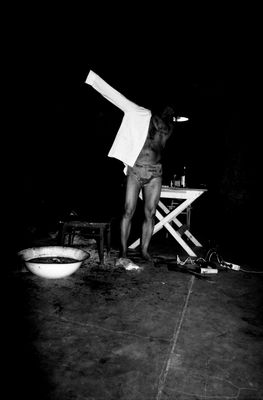 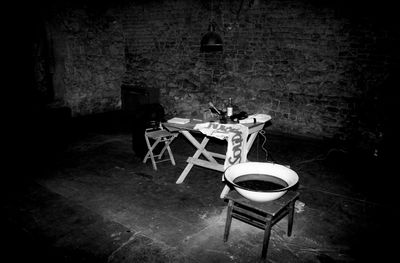 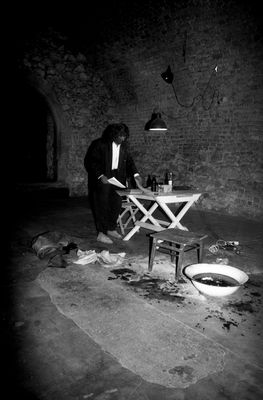 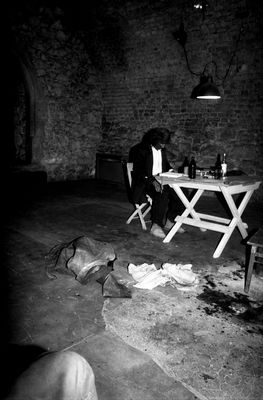 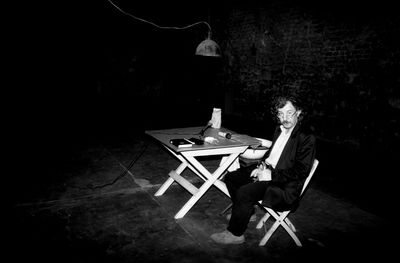 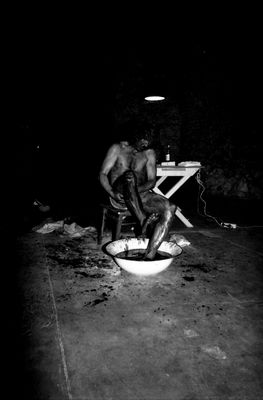 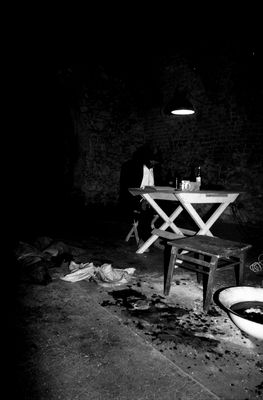 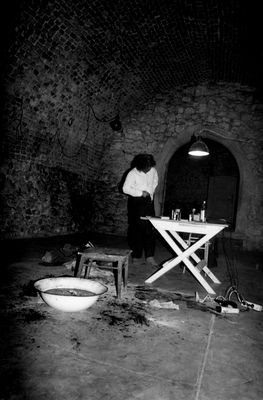 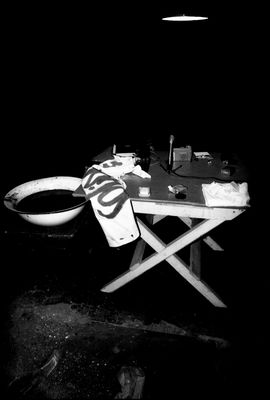 While the audience was arriving at the gallery, the artist stood in front of the entrance in dirty clothes and with his hair and face smeared in soot and dust. He was sitting in a puddle and drinking beer from a bottle. Then he went inside, sat by the table in the room and started reading his own texts about totalitarianism, culture, wrongful understanding of the meaning of Witkacy’s suicide, and anarchism.
At the and the performer stripped to his underwear, showing his dirty body, which he started to wash in a black bowl filled with water, smearing the dirt even more on his body. In the end he dried himself with a cloth with the word “Solidarność” [Pol. “Solidarity” – the political movement which fought with communism] on it, and showed the audience this dirty “towel”.
The theme of dirty water was revisited later in a few of Warpechowski’s acts.