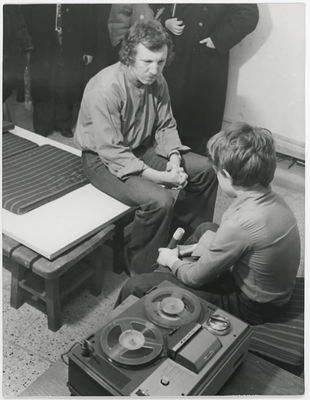 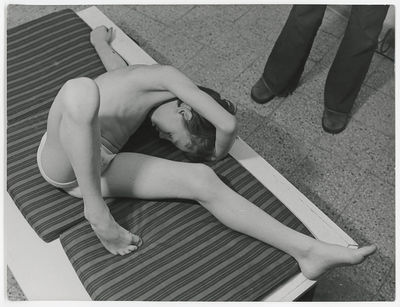 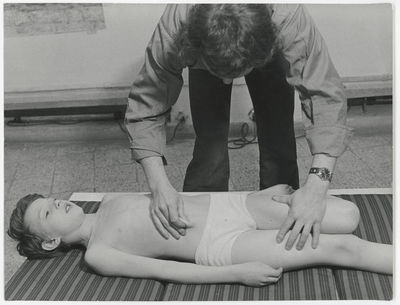 The ten-year-old son of the artist, Samuel, took part in the performance. The central idea of the action was to answer the question: To what extent is a child an individual who naturally “creates himself”, and to what extent is he “created” by his parents and the environment?
In the first part of the event the child freely changed the position of his body, but with time he was encouraged more and more to do so by the command come up with something else.
In the second part the artist interviewed his son, asking him such basic questions as, for example, who is a man?, what is art?