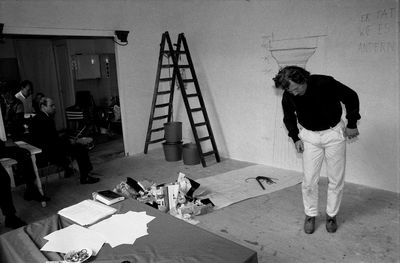 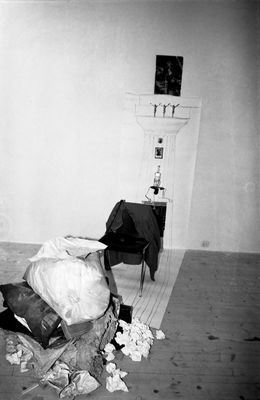 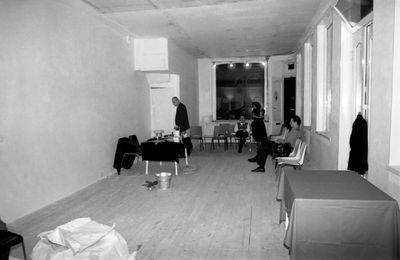 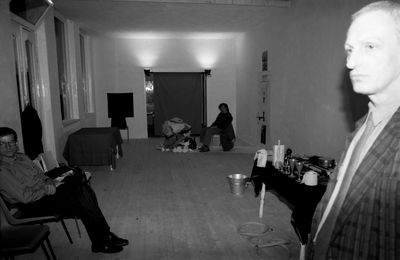 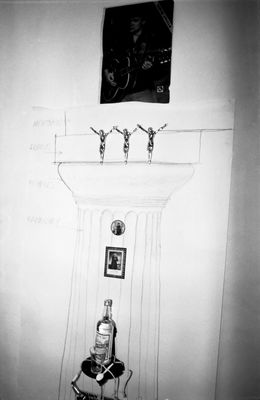 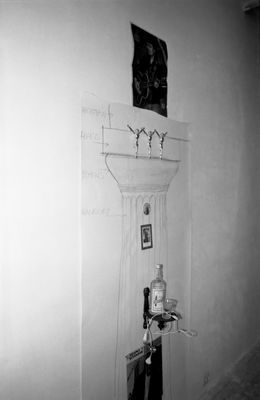 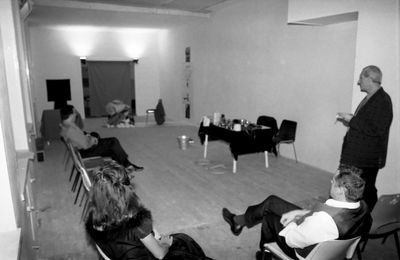 On the first day of the performance Warpechowski organised the space, which consisted of: a drawing of a Doric column, rubbish collected on the way and moulded into another “column”, and the artist himself, standing by the wall as the third column.
On the second day the installation was enriched with cuttings from glossy magazines, lead figurines, a bottle and a radio. Warpechowski remained in the space, assuming the poses of reflection or lament.
On the third day he appeared wearing a black shirt with the shape of a Doric column cut out at the back. The artist knelt down and started to flagellate himself but, hearing the sounds of the drums produced by Jacques von Pappel from the Black Market group, he started to dance the samba and tap-dance.